It can certainly seem that the ski trails are magically groomed and trackset by the snow gods. Not so. There's a fair amount to it, as shown below:

The snowmobiles start the grooming process by packing the snow with no implement attached. It leaves a rough and uneven surface with the imprint of the snowmobile’s track and ski runners. It can be difficult to ski on this because of the ridges and ruts. Depending on snow depth, hazards can be present such as rocks, dirt and tree roots. MaSid (see below) is lucky to have wide skis for negotiating Boulton Creek which has been snowmobile packed. 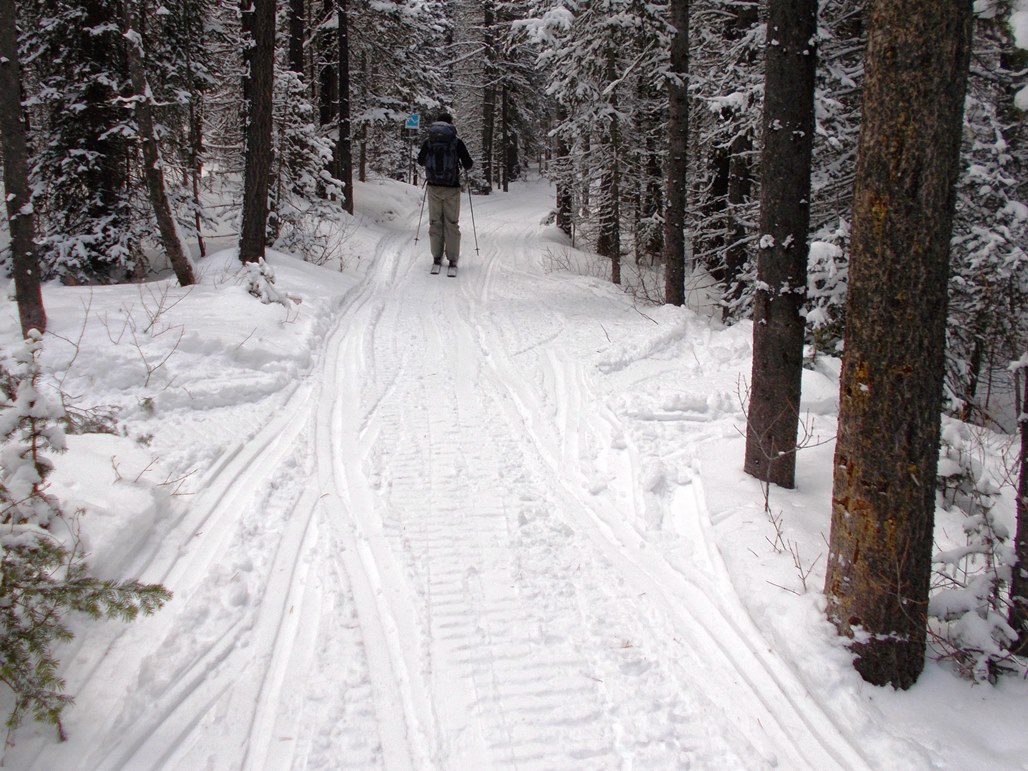 The snowmobile pulls a roller to pack the snow and leave a corduroy surface. If snow cover is thin, there can still be hazards present such as rocks, dirt, tree roots, and uneven surfaces. Skiing uphill is relatively safe because you’re going slow, but downhill could be suicidal. Below is a picture of Tanya on a rolling machine. 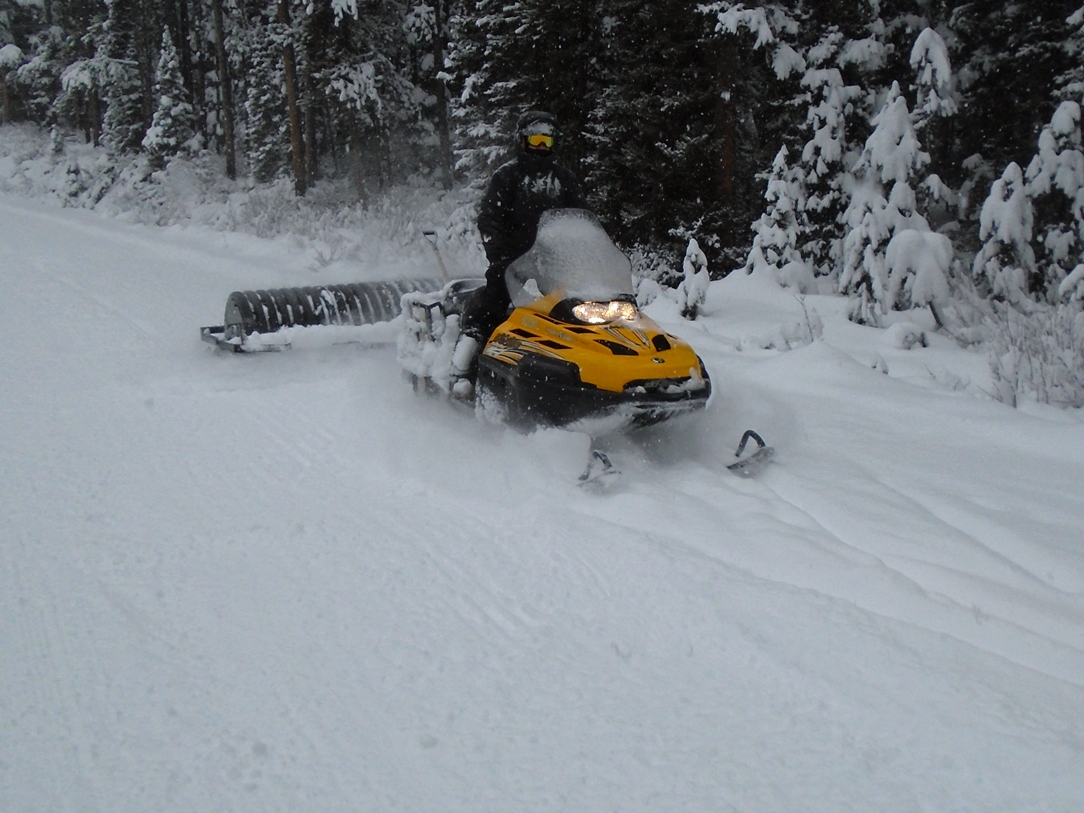 Grooming is a catch-all term which can describe the entire process of working the snow to make it better for skiing. On here, It usually means the machines have left a corduroy surface.

Setting tracks is normally the final step in the whole process of trail grooming. Depending on the temperature, snow characteristics or previous grooming, the tracks can be very soft for a few hours after tracksetting. A snowcat will generally make a firmer track than if the implement is pulled by a snowmobile.

As the personnel start the process, they often encounter fallen trees which require clearing. Many times they will stop to shovel snow from the side of the trail onto thin spots. Below are pictures of our friends tracksetting and blading the snow: